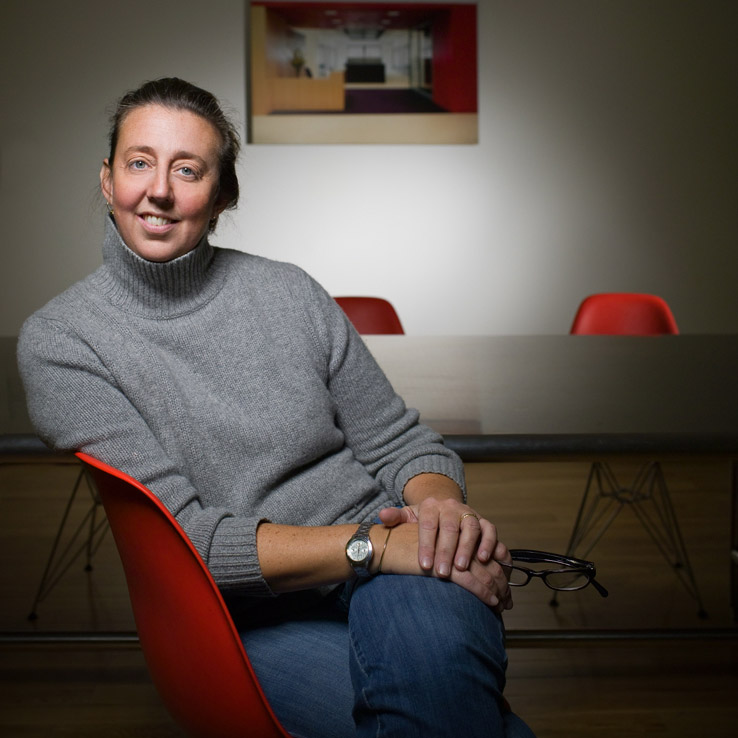 Maro Chermayeff is an Emmy and Peabody winning film and television producer and programming executive whose vast portfolio of film work has toured the world in festivals, played theatrically, and been broadcast around the globe. She has been in numerous production partnerships including: PBS, HBO, CNN, A&E, TLC, TRAVEL CHANNEL, BRAVO, DISCOVERY, NAT GEO, FRANCE 2, ARTE FRANCE/GERMANY, BBC, CHANNEL 4, and SKY UK—garnering scores of honors and awards, including Emmy and Peabody awards, Cine Golden Eagle Awards, RealScreen Awards and a Grammy nomination, as well as significant critical acclaim and ratings. In her role as a producer and director, Maro has been directly responsible for creating over a hundred hours of award-winning films, series, strands, and short form content for public and cable television as well as digital platforms.

Maro is currently a founding partner and principle of the multi-award winning global production media company, Show of Force.  In her role as such, she has managed large teams and overseen multiple productions at any given time. She has worked with A-List talent and respected luminaries, including actors, authors, historians, politicians, humanitarians, and fellow filmmakers and executives from around the world. With her partner Jeff Dupre, Chermayeff has served as executive-in-charge of more than 50 million dollars of programming, raised over 20 million dollars directly, and partnered in initiatives that brought over 120 million dollars to implementing partners the world over.

Maro has been a leader in creating public and private partnerships and raised funds from foundations, charitable institutions and individual funders, as well as been the facilitator and project executive for numerous public-private partnerships and multi-platform transmedia initiatives. In 2016-2017 she was directly involved in creating and implementing a multi-million dollar, USAID funded, multi-year initiative examining the efficacy and effective distribution of media (film television and digital content) as a tool for behavior change in communities in Africa and Asia. She has numerous funding partners and relationships from whom she has directly fundraised and managed tens of millions of dollars including: The Corporation for Public Broadcasting, Ford Foundation, MacArthur Foundation, Artemis, IKEA Foundation, Bill and Melinda Gates Foundation, The Hilton Foundation, Rockefeller Foundation, Wyncote Foundation, Emerson Collective, Woodcock Foundation, Goldman Sachs Foundation and Goldman Sachs 10,000 Women, The United Nations Foundation, and The NoVo Foundation.

Maro is Founder and Chairman of the MFA program in Social Documentary at SVA NYC, The School of Visual Arts in New York City– the highly regarded global program is now in its 10th year. In this role she is responsible for the entire strategic plan, curriculum and implementation as well as all operational and programmatic strategies, and oversees a full time staff of 25, including program administrators and faculty that have educated and granted Masters Degrees in Fine Arts/Filmmaking and Film Production to over 200 diverse filmmakers from around the world. She is a former faculty member of NYU’s Graduate School of Film and Television. She is a Member of The Academy of Motion Picture Arts and Sciences, The Academy of Television Arts and Sciences and The Directors Guild of America.

Prior to co-founding Show of Force, Maro served from 2002-2005 as a senior programming executive and a network consultant for A&E television network. In this role she managed a team of 20, and had oversight of numerous award-winning strands in arts, culture, news and politics, and entertainment including: Biography, The First 48, and Intervention, and was responsible for developing new digital strategies and platforms for the domestic and international expansion of the AETN brands ( A&E, History Channel, Lifetime and Biography).

Ms. Chermayeff is a requested consultant and speaker on the subject of documentary film, media impact, and strategic engagement. In her role as a broadcast content executive she is presently in development on several projects for CNN, Travel Channel, Bravo, Netflix and Apple, and Show of Force has created award-winning digital content and digital series for Conde Nast.  Show of Force also is presently developing new content for the digital platforms, YouTube, Hulu, Apple and Amazon. As such, she is extremely facile in developing and leveraging new and groundbreaking content, and importantly understands the relationship between broadcast and digital content as well as new technology as it relates to storytelling.

Maro was educated at the Dalton School, Phillips Academy Andover and holds a BA in History and Film from University of Colorado, Boulder.